I miss you guys, but Spain is pretty awesome. Here are some of the highlights thus far. 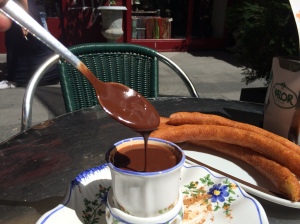 Churros – the most delicious food that has ever existed. You dip them in liquid chocolate. 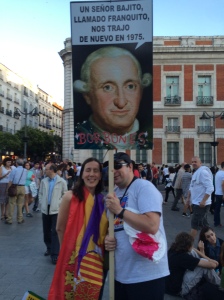 When I first arrived in Spain, there was a protest going on against the monarchy (Spain still has a king!). 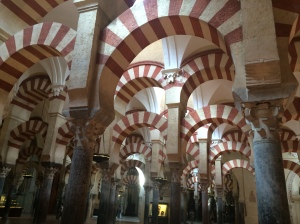 Here is a view of Granada, my city! 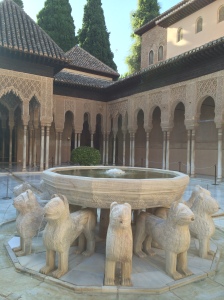 The famous lion fountain of the Alhambra. 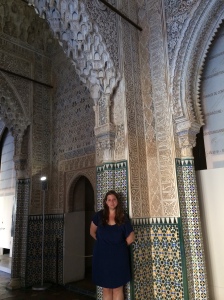 I an inside the Alhambra! 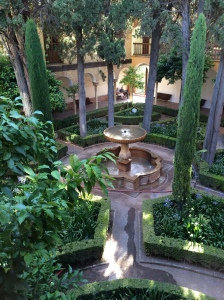 One of the gardens of the Alhambra. 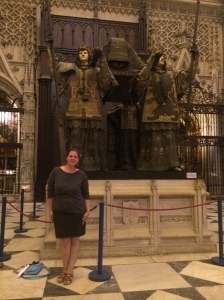 Here I am IN FRONT OF THE BONES OF CHRISTOPHER COLUMBUS! 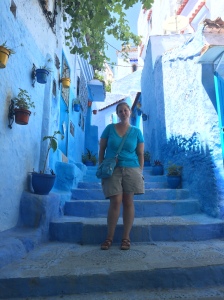 I took a quick side trip to Morocco – in this city (Chefchanouf), everything is painted blue. 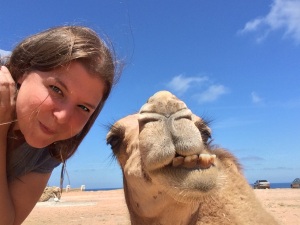 Just a selfie with a camel.