In the opening chapter, the author spends most of his time establishing the setting that will dominate the first part of the book. Jonathan Harker, an English attorney, is en route from London to the wilderness of Transylvania (a region of what is today known as Romania). His train carriage might have looked something like this:

He describes the nature of the Carpathian mountains as wild, yet beautiful:

On his journey, he eats what appear to be some delicious dishes (although he complains about the level of spice):

(from left to right: paprika hendl, impletata, and robber steak).

He also contrasts the dress of the Eastern European women that he sees with what he is accustomed to back in England:

After the train can go no farther, he travels via a horse-drawn carriage called a diligence. 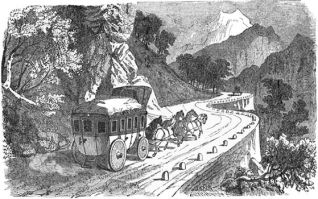 He describes villagers making the evil eye hand-sign at him. 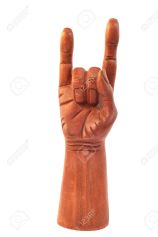 And finally, in reality, Borgo Pass is no where near the real castle that belonged to Dracula, but here is how you might imagine it.

Click here for your Dracula Chapter 1 Reading Guide —->  Dracula Reading Guide – Chapter 1  There are only two questions. Answer these electronically through Turnitin.com. YOU MUST BE REGISTERED IN THE CORRECT CLASS TO RECEIVE CREDIT.