In this chapter, Mina makes a brief allusion to the Biblical story of the Garden of Eden and original sin. If you have not already heard of this story, it’s one that comes up A LOT in literature, and you’re certain to encounter it again.

The gist of it is that in the beginning of the world, there were only two people: a man named Adam and a woman named Eve. Satan, in the form of a snake, tempted Eve to eat a fruit (sometimes an apple, but other times a pomegranate) from the Tree of Knowledge of Good and Evil. Eve then convinced Adam to try it as well. As a punishment for their sins, they were cast out of paradise, and that sin is inherited by all humans throughout history.

Feminist critics have raised their eyebrows at this story, concerned that it paints women as the source of all suffering on earth. Regardless of how you interpret this story, it’s interesting that Mina chooses to make a reference to it.

Also in this chapter, we hear a couple of references to physiognomy, a popular pseudoscience during the Victorian era. The late 1800’s and early 1900’s were a weird time for science. As I’m sure you have learned in science class (or have you?), the English biologist Charles Darwin proposed his theory of evolution in 1859. Although some people thought what he was proposing was heretical, many Victorians became utterly smitten with his ideas, to the point where they went a little bit crazy with their application.

One area is which the application of Darwinism was complete nonsense was in physiognomy: the idea that by examining a person’s cranial features, one could gain insight into that individual’s personality and behavior. There is, of course, an implicit racism to that notion.

Take a look at this bizarre digital exhibition on the history of physiognomy in art.

And an interesting article on how Darwin almost didn’t get to do his scientific research because someone didn’t like his nose.

If you’re going to read one article on physiognomy, check out this explanation of the horrific notion that you can tell if someone is a criminal just because they look like it. 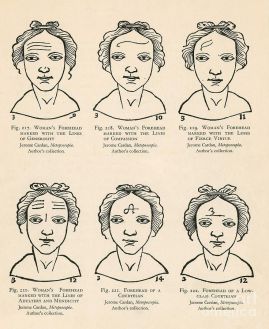 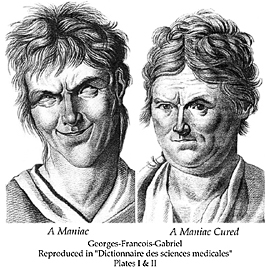