In this chapter, the maids in Lucy’s home begin to prepare the house for mourning:

“The shutters had been opened, but the blinds were already down, with that obedience to the etiquette of death which the British woman of the lower classes always rigidly observes.” (page 127)

Almost all cultures throughout history have had specific mourning rituals, and the Victorians were no different. Closing the blinds in the windows to mark the passage of death is a fairly simple tradition, but they had many other strange observances.

Bats also make a significant reappearance in this chapter. Quincey Morris talks about how he encountered vampire bats during his adventures on the Pampas plains of South America. 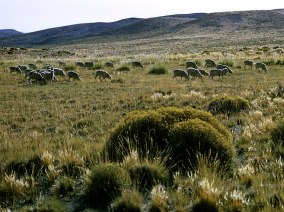 Here is a quick and terrifying video about vampire bats:

And just this month, it was announced that there is finally evidence of vampire bats drinking human blood.

And finally, the lines at the end of the chapter come from a poem by English poet Thomas Hood:

The Death Bed
WE watch’d her breathing thro’ the night,
Her breathing soft and low,
As in her breast the wave of life
Kept heaving to and fro.

So silently we seem’d to speak,
So slowly moved about,
As we had lent her half our powers
To eke her living out.

For when the morn came dim and sad,
And chill with early showers,
Her quiet eyelids closed—she had
Another morn than ours.